News and events
visit us: 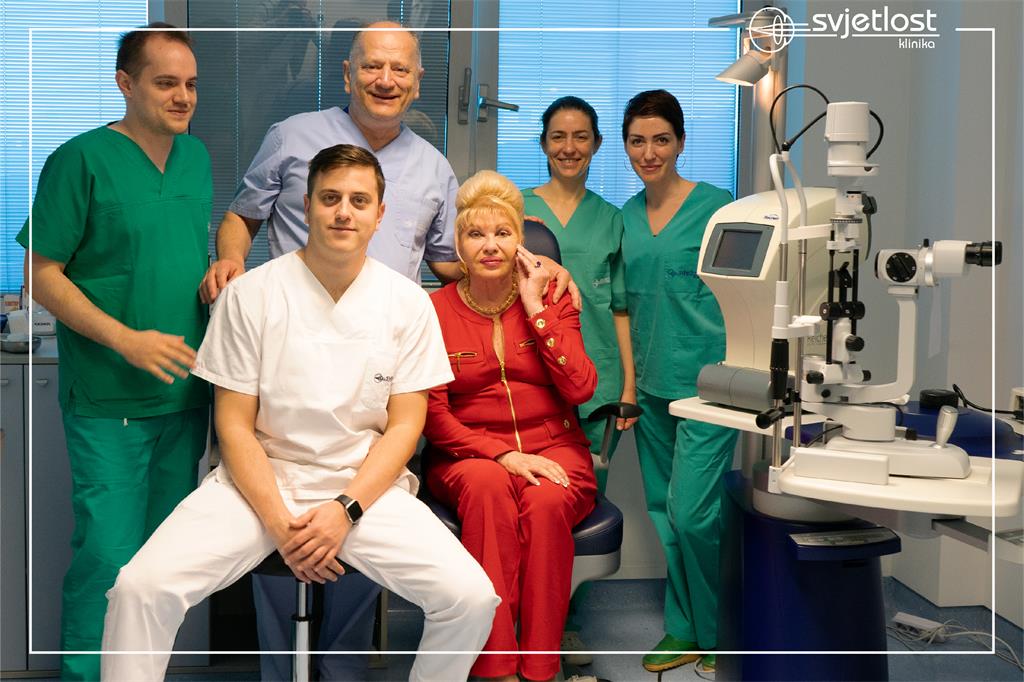 American president's first wife had a surgery at the University Eye Hospital Svjetlost in Croatia
Zagreb, April 27, 2019. – Ivana Trump is staying in Zagreb for the past few days. One of the biggest reasons for her visit to Croatia was eye surgery, successfully performed in University Eye Hospital Svjetlost in Zagreb. That’s how the American president’s first wife permanently solved her eye vision problems.

Ivana Trump is a worldwide known person who decided to entrust her eyes to Croatian experts of the University Eye Hospital Svjetlost and to professor Nikica Gabric, Ph.D., who performed the surgery himself. Other world-famous stars, such as Armand Assante, Franco Nero, Rade Serbedzija, and Croatians Tin Srbic, Maksim Mrvica, Oliver Dragojevic, Zvonimir Boban, Miroslav Blazevic and many others have also solved their eye vision problems in Svjetlost.

“ I’ve been told about the top ophthalmology clinic in Zagreb from my New York friends who had already undergone surgery here and had only praise for service and experts. I noticed that surgery completely made their quality of life better. After the initial examination, I waited for a convenient moment to do the procedure.” - Ivana Trump emphasized after the surgery.

Mrs. Trump was delighted with Svjetlost Clinic ever since last year when she arrived in Zagreb as a guest of honour for Miss Universe of Croatia competition. She had a check-up with professor Gabric back then, who advised her to have Symfony intraocular lens implanted to solve vision problems. She couldn’t undergo the procedure at the time due to other obligations, but now she visited Zagreb once again purposely to get rid of eyeglasses once and for all.

„The surgery was fast, painless and today I can already see without any complications and without glasses. This is a completely different life view, more beautiful view of the world that I’m going to be able to rediscover again.” – Ivana Trump added after the surgery before leaving to participate as a member of the jury in order to select the most beautiful woman of Croatia who will run for next Miss Universe.

This 70-year-old businesswoman recently published a book “Raising Trump“ reflecting on a life journey with her 3 kids, sons Donald Jr., Eric and daughter Ivanka who is considered to be the right hand of her dad, President of the United States Mr. Donald Trump. Being an active businesswoman in each aspect of life, great sight, and glasses independence is crucial to Mrs. Trump

“With the arrival of patients such as Mrs. Ivana Trump is, there is a shift in perception of Croatia as a land of solely Sun and Sea starting to occur. Events such as this one are creating a story about Croatia as a desirable medical tourism destination and country where patients from abroad will receive supreme medical care. The Svjetlost Eye Clinic has crossed borders while becoming the world's brand, and it can be attained if one has the latest modern technology alongside with top quality and experienced team of leading physicians but also it is crucial to have customer oriented service to each patient needs.“ – said Nikica Gabric, Ph.D., founder, and director of the Special Hospital for Ophthalmology Svjetlost.
More information